Nowadays, in the world of high technologies and globalization, the preservation of the Russian national culture, an indispensable component of our national identity, becomes one of the key issues. All over Russia folklorists, ethnographers, and members of various folk ensembles try to get all the possible knowledge about the national culture in different regions of the country. The folk ensemble "Svechanik", founded in Moscow in 1999 on the basis of the music school named after Evgeniy Svetlanov, is one of such ensembles.
The members of "Svechanik" decided to concentrate on the study of the culture of a certain area, that is the south of Russia, in particular, the regions of Belgorod, Voronezh, and Lipetsk. The choice of the area is not accidental. The leader of the ensemble, Irina Golovina, was born and grew up in Lipetsk region. Her grandmother, Maria Molchanova, was an authentic singer, a bearer of Belgorod and Voronezh folk traditions. Thus, as a child Irina was submerged in the traditional culture of southern Russia.
However, the members of "Svechanik" also turn to the traditions of other regions of Russia and study orthodox chants as sung by peasants, particularly, under the supervision of Elena Barabanova, the teacher of smaller children. The songs are performed a cappella as well as to the accompaniment of Ivan Bokarev, an outstanding musician who plays the traditional musical instruments, such as garmon, balalaika, horn, gusli.
The repertoire of the ensemble includes songs belonging to different genres and periods of history: from ancient ritual songs to Russian urban romance typical of the beginning of the XX century. Many songs were collected by the members of "Svechanik" during folk expeditions to Lipetsk, Voronezh and Belgorod regions.
A couple of years ago "Svechanik" organized a folk festival "The Thread of Times". Among the participants there were authentic singers from Soldatskoe and Russkaya Trostyanka villages of Voronezh region and Novoukolovo village of Belgorod region.
The main goal of the ensemble is not only to study and preserve but also to popularize Russian folklore, in particular, the unique tradition of the south of Russia. 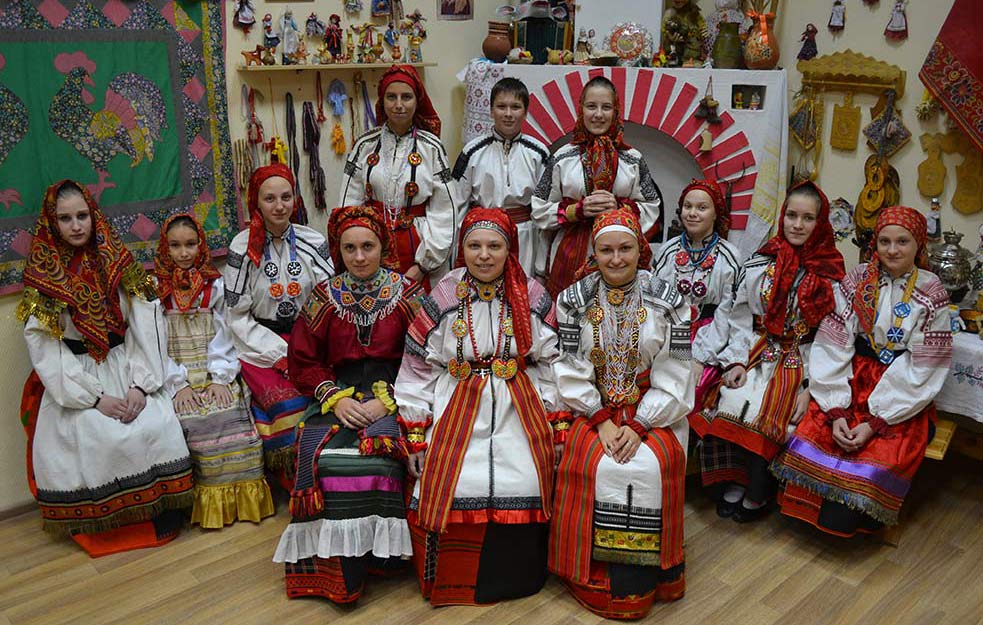